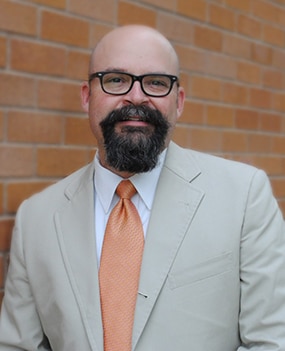 Andy is an Advisor at NAI Affinity (formerly known as Chrisland, Inc.).  As an Advisor, his primary roles are serving clientele in a licensed brokerage capacity, as well as providing consulting services to clients who are navigating development, entitlement and due diligence challenges.

A longtime civic leader, Andy currently serves on the City of Fort Collins Urban Renewal Authority Board of Directors where he helps oversee strategic redevelopment partnerships, projects, and policies.  He previously served an eight-year term on the City of Fort Collins Planning & Zoning Board, including the final two years as Chairman.  Additionally, Andy previously worked in the public sector as a downtown revitalization planner, and as an economic analyst.

A Colorado native who has called Fort Collins home since 1992, Andy graduated from Colorado State University with a bachelor’s degree in Economics. Outside the office, Andy enjoys spending time in with his large family, fly-fishing, and dabbling in the culinary arts.